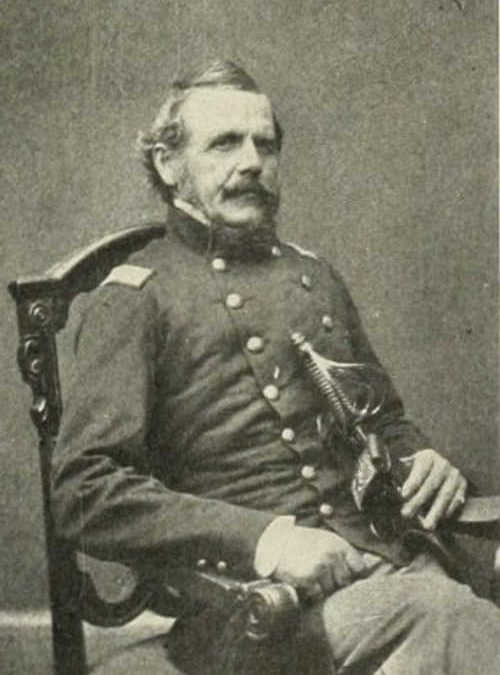 GENERAL: I have just returned with the little scouting party of fifty that I took yesterday to intercept the enemy’s cavalry patrols. Last night about 1 o’clock I encountered them about two miles this side of Burke’s Station, on the old Braddock road. The result was that at the first discharge of our pieces, loaded each with fifteen large buck- shot, nine or ten saddles were emptied, as about that number of horses were seen to go off riderless and plunge into the swamp near the road.
Four or five of our men being wounded in the melee, our attention was turned exclusively to them, and the light being dark with a dense wood surrounding, we did not wait to look up the enemy’s wounded, though there were heard groanings in the swamp when we left. We brought in Orderly Sergt. T. H. Dunham, of Captain Waring’s Georgia Hussars. I send his orderly book. His regiment is the Sixth Virginia], Colonel Field’s. Adjutant Dunham and Lieutenant Knight and Sergeant Lambson were with me, and I take pleasure in commending their good conduct. Being much fatigued, the party having all performed the trip on foot, I beg to be excused for particulars until this afternoon, when the names of the wounded will be given. Captain Campbell reported to me with two companies by your order, at Edsall’s Hill, at a little before daybreak, and was ordered back to camp, not requiring them.

I have the honor to be, respectfully, &c.,

P.S. I send the orderly sergeant’s papers, some of which you will find interesting, especially a private letter.
[5.]

SIR: On the night of the 4th of December I left the picket lines with a detachment of two officers and twenty-one men on a scouting expedition. When about four miles from our hues, on the Braddock road, the advance guard, consisting of~ two men, found a wire stretched across the road. Owing to that portion of the road being a bog, the main body had caught up to the men in advance. As soon as the latter encountered the obstacles they turned their horses and communicated the fact to me. The words were not out of their mouths before a fire was opened upon us from the front and right, and then taken up by the left. The men, although taken completely by surprise, returned the fire promptly. The fire then opened on both flanks and then in the rear. Seeing the detachment completely surrounded, I gave the order to charge. With a cheer the men dashed forward, and the enemy broke and fled. Halting about fifty yards beyond the line of fire, the wounded and dismounted were picked up. Eight men were missing; out of the sixteen remaining three were wounded, and I saw that it was madness to return. At the first fire four horses went down and were left for dead by their riders. Five other men were dismounted by their horses tumbling over fallen horses. The casualties are: Private Thomas G. Heidt, wounded severely by five buckshot below the knee; Private John McC. Mcintosh, wounded slightly in the shoulder by three buckshot; Private L. II. Clemens, wounded slightly in the back; Orderly Sergt. Thomas II. Dunham, wounded severely and taken prisoner; Captain Waring, wounded slightly in the face. The dismounted were all more or less bruised by their horses falling on them; four horses are missing. The loss of the enemy was 3 killed, 2 wounded, and 1 taken prisoner the next morning by General Stuart’s escort: From the prisoner it was ascertained that Colonel Taylor, of the Third New Jersey Regiment, had prepared the trap by stretching two telegraph wires across the road, and had selected ten men from each company in his regiment to slaughter his unsuspecting foe. That he was not successful was owing to the wild firing of his men. I cannot close this communication without testifying to the gallantry of Orderly Sergt. Thomas II. Dunham, who was shot from his saddle while in the act of charging the enemy, and to the good conduct of the men under the trying emergency of a surprise at midnight by a force of picked men five times their number and under the immediate eye of their colonel.